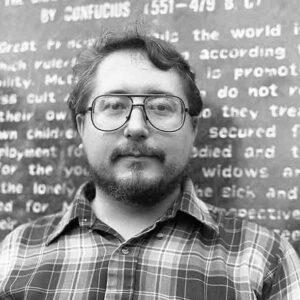 Carl Gafford – ‘the Gaff’ – colourist, writer and editor for several comics companies passed away on 13th July at the age of 66, owing to complications from diabetes. An active member of comics fandom as a teenager, he contributed to numerous comics fanzines and amateur press associations, as well as founding a cooperative of mini-comic creators (Blue Plaque Publications) that remains active today from its genesis in the late 1960s.

Gafford began his career in comics as a proofreader, then he became assistant production manager, editing and writing much of DC’s in house ‘prozine’, Amazing World of DC Comics. His career as a colourist, the field with which he is most associated, flourished at Marvel beginning in 1976 colouring Marvel’s Hanna-Barbera comics. He returned to staff at DC in 1981 and began colouring the Legion of Super-Heroes title with #288, 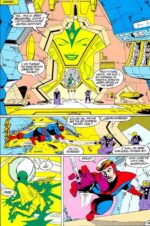 commencing an unbroken seven-year run on that title, totalling 125 regular, mini-series, Special and Annual issues. During this time, he developed and refined the ‘colour hold’ technique, adding a unique and appropriately futuristic tone to the series.

He returned to freelancing in the 1990s writing, colouring and editing for various companies, including Disney Comics, Topps, Defiant, Antarctic and Image’s Big Bang Comics.

He is survived by his former wife, fellow one-time comics colourist Sharon Ing, and their son.