It’s been a very memorable year here at 30th Century. At the end of 2016, we decided, after over 20 years of selling new imported American comics, to stop dealing in these and concentrate on what we do best. We believe we’re the only bricks and mortar shop in the world (although we’re also online, of course) that specialises in vintage American and British comics and genre books with a comprehensive stock. So, we’ve been spending 2017 focusing on that and our sales figures tell us that this is very much what the comic and book buying fans out there want. 2017 has been by far the best of our near 25 years of trading.

The trend with American comics for the last few years has been for the attention of a lot of collectors to focus on first appearances and key issues, fuelled by the successes of both DC & Marvel in the TV and film industries. As a result, prices have risen dramatically on these recently. However, non-key issues have remained both steady in price and, we’re pleased to say, popular with many collectors. Our reputation for dealing in the more obscure publishers and titles has ensured that people continue to come to us looking for Westerns, Archies, Dells, Charltons, Teen Humour/Funny Girls etc.

Since 1997, we’ve been pioneers in dealing in British comics, and the market for these has never been stronger, with many issues achieving record prices.

Our book department, our newest venture, was only properly started up 3 years ago and is proving increasingly popular, with a stock that’s superior to many bookshops we know in the genres we cover.

As always, we try to be the type of comic/book shop we’d like to visit ourselves!

HIGHLIGHTS OF THE YEAR 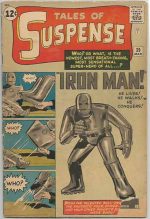 Our special relationship with publisher Alan Class continued to flourish throughout the year as we released many new copies from his personal archives, including key Marvel reprint issues, all certificated by the man himself. 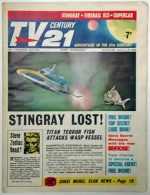 It was a very strong year for sales of Western comics, in particular the Marvel titles Kid Colt, Two-Gun Kid and Rawhide Kid, which all performed very well. 1950s UK Western reprints were also very popular. 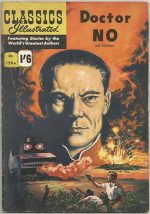 We also completed our reclassification of our Classics Illustrated stock, adding much more information about editions, which was greatly appreciated by our many dedicated Classics collectors. Our star item Classics was a VG copy of Dr No, which sold for £200. 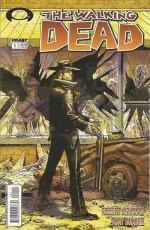 A Fair graded pence-priced copy of Avengers #1 sold for £400 and a NM Walking Dead #1 for £1000. Many issues of Captain Britain and the US Star Wars passed through our hands and were keenly purchased. 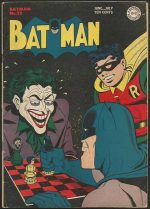 It was a great year for big ‘uns, with every Treasury-sized item coming into the shop snapped up very quickly – you really seem to love this over-sized format. And magazine-sized comics also continued to sell very strongly, particularly Marvel & Warren.  On the UK front, Countdowns, TV Actions and Power Comics turned up with pleasing regularity, but sales on all were very strong.

A splendid VF example of Giant-Sized X-Men #1 sold for £500, while we had and sold other copies plus many copies of X-Men #94 in a variety of grades and prices. Long runs of the 1950s British titles Comet and Sun were well received and sold very well.

Our Marvel XX month event presented the first appearances of many of Marvel’s most famous female characters, including the Scarlet Witch, the Wasp, the Black Widow, the Enchantress, Valkyrie and Medusa.

We instigated two new regular features: What’s Old, which spotlights wonderful items from our existing stock you might have missed (sometimes our 100,000 item stock can get overlooked by the excitement of our What’s New page) and Clearance Corner, where we offer bargain lots at rock bottom prices to make way in our shop for more gems.

In April, a 200 strong run of TV Comic from the mid-1960s was snapped up all by one buyer, proving the rarity of this title featuring both Dr. Who and the Avengers.

May brought us our coup of the year, a Golden Age Captain America (#46, the famous holocaust issue, on the cover of which Cap and Bucky rescue concentration camp victims). In a rare series, this is a stand-out and much sought after elusive issue. Whilst only a FA+, it presented reasonably well and at £1375 lasted on our site for about five minutes after posting and shortly thereafter was winging its way back to its country of origin. This was followed up by a trio of seldom-seen early Golden Age Wonder Woman.

Our regular British comics features Free Gift Farrago, Long Hot Summer & First Quenchers, featuring issues with Free Gifts, Summer/Holiday Specials and #1 issues, continued throughout the year. Far too many examples to list here, but these proved extremely popular with collectors and few of them stayed with us for long after listing.

A FA/GD copy of Daredevil #1 sold for £300, and we were lucky enough to have hundreds of issues of June and School Friend through our hands, which was the most successful of the long-running girls’ titles for us in 2017.

In June, a further copy of Avengers #4 (VG- pence) sold for £300 and we presented over 200 issues of Romeo, more than we’d ever seen before of this scarce girls’ title. The first appearance of the Black Panther in Fantastic Four #52 sold in VG/FN for £275.

Although we were fortunate enough to acquire some pre-code horror issues throughout the year, demand and sales far outstripped supply, reducing our stocks in this difficult category.  We were able to announce a series of ‘Pre-Code Horror Mini-Fests’, but not on the scale of previous years. We continue to seek out these elusive gems, but for the most part collectors are hanging on to them! 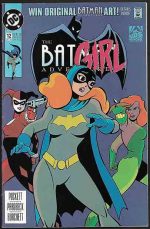 Harley Quinn continues to be a rising star of the DCU, and we sold many of her adventures throughout the year, including her first appearance in Batman Adventures #12 FN £175 and a complete high grade run of her first DCU series from 2000. Other more recent hits included the first appearances of Cable, Deadpool and Gambit  in New Mutants #87, #98 and X-Men #266 and first proper Venom in Spidey #300 (which all turned up many times, of course and always sold) and those ever-popular Autobots, the Transformers.

Sadly, we had to pause and reflect too often in 2017 on friends and heroes we lost, in particular Leo Baxendale, Adam West, Alan Austin & Brian Aldiss, who all made significant contributions to our field, and without whom our hobby is poorer. 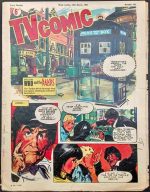 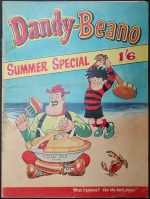 In July, we announced a very special event: The British Are Coming, a monthly (or so) spotlight on the best of British comics that we were fortunate enough to acquire last year. This event lasted through until December, and all featured items were in great demand, most selling out very quickly: Tiger from 1959-1964, Lady Penelope, a complete set of Scottish Vulcans, Lion 1959-63, a complete run of Spellbound (inc. Supercats Membership Kit!), a complete run of the Patrick Troughton Dr Who covers on TV Comic, 2000 AD, rare June Holiday Specials and Extras and concluding just in December with the famous Dandy-Beano Summer Special from 1963.

In July, our book department was graced with the arrival of a variety of works by Philip K Dick, including many hardcovers. Dick, together with Robert E Howard, Robert Heinlein, Isaac Asimov and H P Lovecraft continue to be our most popular authors. 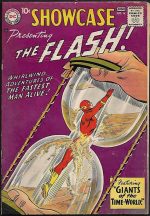 In August, we sold a lovely VG/FN copy of Showcase #14 (4th Flash) for £700, and launched a DC Golden Age Greats event with 1940s issues of Action Comics, Superman, Batman, Detective Comics, World’s Finest, All-Flash & Sensation Comics. A VG copy of Fantastic Four #48, with the debuts of Galactus and the Silver Surfer, sold for £175 and a high grade Amazing Spider-Man Annual #1 in VF+ went for £1350 (and could have sold many times over!).

September saw the sale of a VG+ cents copy of Brave & Bold #34 (debut Silver Age Hawkman) for £265, signifying a revival of interest in this great character. Second appearances of major Marvel characters were well received, with second Thor in Journey Into Mystery 84 VG cents £350, second Iron Man in Tales Of Suspense #40  VG+ cents copy at £335 and second or first ‘proper’ Ant-Man in Tales To Astonish #35 VG+ pence £440. 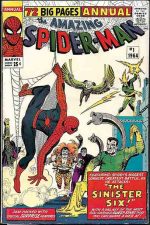 Our final September acquistions included a complete set of the luxury editions of Don Lawrence’s Trigan Empire (which sold instantly) and a complete run of all 18 issues of the Silver Age Silver Surfer (likewise!). 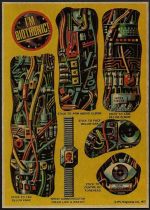 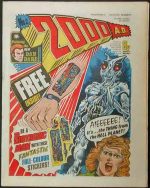 In December, we started a Mighty Marvel Firsts event, with first appearances of significant Marvel characters, kicking off with Captain America, Daredevil and Ghost Rider; this event continues into 2018. 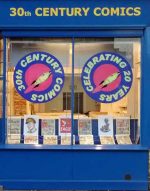 Our most well received window of the year was perhaps our Eagle window, with large iconic images of Dan Dare and the Mekon evoking fond memories among both comic fans and collectors and ‘civilian’ passers-by. Our thanks go out to our window designer Dr. Evilla for all her hard work coming up with these ideas! I was locking up the shop one night when a chap came up and congratulated us on that window and on the tremendous job we were doing keeping the memories of all these famous characters alive; he said he learned to read with his Mum on vintage Eagles and those memories were very dear to him. It’s moments like that that make it all worthwhile!

Of course, in any review like this, it’s only possible to pick out the highlights. Many thousands of comics, annuals and books passed through our hands in 2017, but I hope this gives you a chance to anticipate the sort of year that lies ahead!