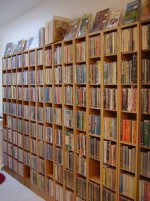 Science Fiction,Fantasy & Horror: When we started our post-refurbishment Book section about 6 months ago, we began by putting out enough books to fill just two rows of shelves, even though we still had a few more bookcases to add. Now, with this update, the section is almost completely full, with over 1500 vintage paperbacks (plus a few hardbacks) in stock! The latest additions are an eclectic mix of Science Fiction styles. We have anthologies (edited by Brian Aldiss, the inimitable Judith Merrill, John Carnell, Groff Conklin and Donald Wollheim, amongst others). We have works by venerable and more modern authors: Alfred Bester, James Blish, Arthur C. Clarke, Philip Jose Farmer, Robert Heinlein, Theodore Sturgeon, Jack Vance, Philip K Dick, Larry Niven, Robert Silverberg, Michael Moorcock, Barrington Bayley, Tim Powers, Greg Bear, Gene Wolfe, Kurt Vonnegut, Roger Zelazny  and many more. We have signed copies of books by J. G Ballard and Geoff Ryman, as well as two particularly unusual gems: an Asimov anthology with illustrations by Emanuel Schogut and a Golden Amazon (John Russell Fearn) paperback with both the book cover and the dust jacket art by Ron Turner. For the specific genres we carry, we now feel we are up with the best and can hold our heads high in the Bookshop Guide. Many thanks to all those of you who have supported our nascent venture while it’s been growing! 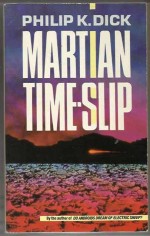 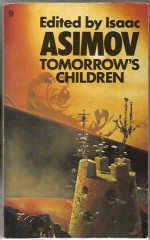 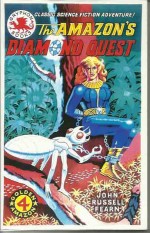