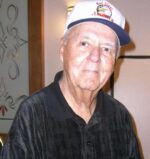 ‘Joltin’’ Joe Sinnott, comics artist and inker and one of the last remaining figures of the classic Marvel Bullpen, passed away peacefully of natural causes at the age of 93 on the 25th June 2020. His family commented on Facebook that:

“He went peacefully with the knowledge that his family, friends and fans adored him. He enjoyed life and was drawing up until the end. He always loved hearing from all of you and having your comments read to him. Each and every one of you were special to him.”

Sinnott was born in 1926 in Saugerties, New York, and began his career as an illustrator in 1950, the same year he wed his spouse Betty (nee Kirlauski), the pair being inseparable until her death in 2006.

Sinnott’s work in the field was overwhelmingly for the company which in the 1960s would become known as Marvel Comics, but which in the 1950s produced a huge amount of material in the genres of War, Western, Science-Fiction, Horror, Crime and Romance, all of which Sinnott drew with equal skill and professionalism. Although he is primarily remembered as an inker, Sinnott was also an accomplished illustrator, providing full artwork for a multitude of these genre stories in Two-Gun Western, Battlefield, Journey into Mystery and Strange Tales.

Beginning in 1965, he began inking Jack Kirby’s pencils on Fantastic Four, and what seemed at first a routine assignment became a long-time association, providing what many consider the definitive look for the company’s flagship title. Following Kirby’s departure in 1970, Sinnott remained at Marvel, working with other artists such as Rich Buckler, John Buscema and George Perez on Fantastic Four, as well as embellishing other artists on Spider-Man, Avengers, Defenders, Thor and Captain America.

He officially retired in 1992, but continued to work on the Amazing Spider-Man newspaper strip until early last year. One of the most welcome of convention guests, always self-effacing and appreciative of his fans at personal appearances, he was inducted into the Hall of Fame for the Inkwell Awards in 2008, and the Eisner Awards’ Hall of Fame in 2013, in recognition of his contributions to the field.