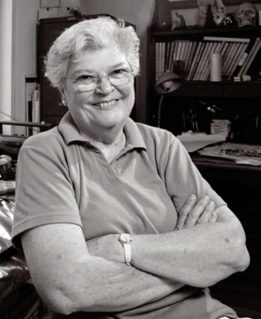 Marie Severin, veteran comics artists and colourist, passed away on the 30th August 2018, at the age of 89, after moving into hospice care following a stroke a few days earlier.

Born 21st August 1929 in East Rockaway, New York, Severin began her career in the 1950s, by doing a favour for her brother, artist John Severin, who needed help in colouring pages for EC Comics. Her flair for the job was evident, and she became chief colourist for EC, as well as working in production, paste-up and in her own words ‘whatever else needed doing’. Following EC’s demise, Severin worked for the US Treasury Department, producing educational comics on banking and economics.

At Marvel in the 1960s she began, again, in colouring and production, but also started illustrating stories of the Hulk, Doctor Strange and the Sub-Mariner. Her first Marvel Bullpen Nickname, ‘Marie the She’ was a sad commentary on the fact  she was at that time the only female comics creator in the superhero field (Ramona Fradon, co-creator of Metamorpho, having retired the year previously to become a full-time mother). Later, the nickname was changed to ‘Mirthful Marie’, to reflect her mischievous sense of humour, as shown in the caricatures of her co-workers she frequently drew. This adept cartooning was pressed into service in Marvel’s parody title, Not Brand Ecch, which Severin stated was one of her favourite assignments, and later in Marvel’s Mad parody, Crazy.

Her versatility, speed and dedicated work ethic led to her becoming, for several years, essentially Marvel’s Art Director, drawing many of the company’s covers, and providing layouts for the majority of the other cover artists to work from. Despite this, she never received the official job title or promotion. During this period, she continued to turn out acclaimed artwork, particularly in conjunction with her brother John on Kull the Conqueror.

In 2001, Severin was inducted into the Will Eisner Comics Hall of Fame as well as receiving the Comic Con Inkpot Award in 1999. That was followed up in 2017 with a Comic-Con Lifetime Achievement Award. 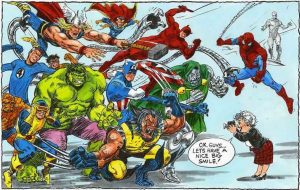 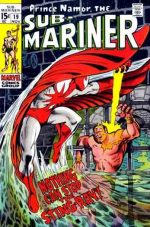