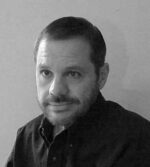 Martin Pasko, comics and television writer, died on the 10th May 2020, of natural causes, at the age of 65.

Former DC publisher Paul Levitz, a friend of Pasko, announced his death through a Facebook post on 11th May;

“The odds are you’ve read his work, credited or not, or enjoyed a comic or cartoon or TV show or even a theme park event he made better, even as he relentlessly complained about the difficulties of making it as good as it ‘should’ be,” Levitz wrote. “Marty didn’t have a genius for making anything easy (especially for him), but he had a real genius for making creative magic.”

Born Jean-Claude Rochefort in Montreal, Quebec, Canada, Pasko first came to publisher’s attention as a frequent writer to DC’s lettercolumns in the 1960s, earning the nickname ‘Pesky’ Pasko because of his persistence in asking awkward questions.

His first professional assignment was a short story for Warren Publishing’s Creepy in 1973, but his first DC work was for Superman in 1974, beginning a thirty-year association with Superman Family related series, but he wrote a multitude of other DC strips, including Justice League of America, Wonder Woman, DC Comics Presents, Metal Men, Swamp Thing, the World’s Greatest Super-Heroes newspaper strip starring the Justice League and others, and the revivals of the Secret Six and Blackhawk in Action Comics. He also worked occasionally for Marvel, including a stint as regular scripter of their Star Trek adaptation.

He wrote extensively for television, on series such as Roseanne, Max Headroom, Buck Rogers, Fantasy Island, Teenage Mutant Ninja Turtles and Cheers, as well as a long association with the DC Animated Universe, winning a Daytime Emmy Award for Batman: The Animated Series.