I remember coming across the illustrations of Reina M Bull in Brian Aldiss’s lavish 1975 book ‘Science Fiction Art’, wherein two of her magazine covers were reproduced in much larger than life size, almost A3. Both were highly stylised and, as Aldiss put it, carried ‘high sexual charges’. 45 years on, I know little more about her than I did then (which was nothing), but it was probably due to those illustrations in that book that she is chiefly remembered today.

Reina M Bull (born Sington) lived from 1924-2000, but appears only to have been active as an illustrator after the end of the Second World War up to the early 1950s. Ironically, her four covers for New Worlds and Science Fantasy (the British Nova science fiction magazines), as well as being her only entries in the genre, appear to be her last work published. Like her more famous contemporary, Reginald Heade, little is known of her life. 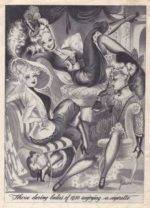 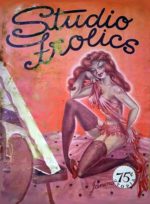 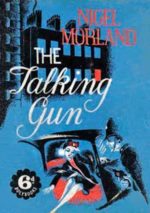 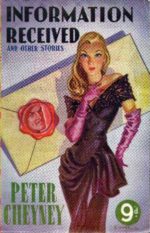 Her early illustrations (as Reina Sington) were for fairy tale books, then later mainly crime covers. Included at this time were works by Agatha Chrstie, Peter Cheyney and Edgar Allan Poe. Later still she provided covers for Mens’ Magazines from Utopia Press with titles like Heebee Jeebee, Hula Hotcha, Fads and Fancies and many others. These were credited as by Janine, presumably to protect her anonymity.

Which brings us to her science fiction covers, all reproduced below. From left to right: New Worlds Autumn 1951 & November 1952, and Science Fantasy Winter 1951/52 & Spring 1952. Both New Worlds and Science Fantasy went on to become the flagship magazines of the British new wave of science fiction in the 1960s, as exemplified by Aldiss, Ballard, Moorcock and many others, but back in the 1950s, edited by John Carnell, they were the British equivalents of the American pulps so prevalent for decades.

Reina Bull had a fluidity of her characters and an angular geometry of her machines and buildings which combined to provide memorable images, typifying the retro futuristic vibe I’ve mentioned in these pages before. The colours are vivid and her people have an alien, almost elfin look. I’ve found the images have stayed with me since I first saw them; perhaps they have a hypnotic or hallucinogenic quality ten or more years ahead of their time. Buyers of these issues will be as delighted as I was when I acquired them to find many interior illustrations by her as well.

If you’re lucky, these can be found still at a few pounds each, a relatively small price to pay for a unique set of classic science fiction art, which only leaves us regretting that Reina Bull didn’t go on to produce more. 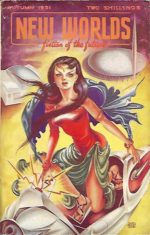 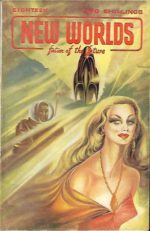 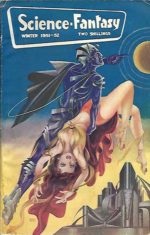 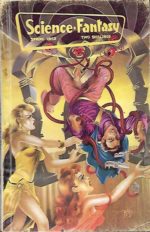