Like thousands of comics fans all over the world, we were greatly saddened to hear, on the morning of the 7th of July, of the death of legendary artist Steve Ditko, co-creator of, among myriad others, Spider-Man and Doctor Strange. The term ‘iconic’ is much abused in the contemporary arts, but Ditko’s individual, fascinating, and instantly recognizable style truly deserves the description.

Mr. Ditko, aged 90, was found at his Manhattan apartment on the 29th June by the authorities, and pronounced at the scene as having been dead for approximately two days. Preliminary investigations indicated the cause of death was heart failure as a result of chronic cardiovascular disease.

Born November 2nd 1927, Ditko studied at the New York Cartoonists and Illustrators School, and began his comics career in 1953, assisting at the Simon & Kirby studio, then beginning a long association with Charlton Comics which lasted intermittently until the company’s demise in the 1980s. Around 1960, he co-created Captain Atom, perhaps Charlton’s most memorable super-hero.

In the late 1950s, he also began working on the mystery line at Atlas, the company which would become Marvel Comics, becoming known for short twist-ending sci-fi stories. These ‘Lee & Ditko shorts’ proved so popular with readers that in 1961 Marvel devoted a title exclusively to them, Amazing Adult Fantasy. Although popular with fans, AAF was not a commercial hit, so with its final issue it was retooled into Amazing Fantasy, and featured the first appearance of Spider-Man, one of the lynchpins of the Marvel Universe. Shortly thereafter, Ditko illustrated the premier appearance of Doctor Strange in Strange Tales #110, and developed a phantasmagorical style which inadvertently presaged the ‘Op Art’ movement.

Following disputes with Stan Lee, Ditko left Marvel and moved to DC, where he co-created the Creeper and the Hawk and the Dove, as well as becoming a pioneer in the ‘alternative comics’ movement with his uncompromising moralist, ‘Mr. A’. At Charlton, he contributed to their action hero line with a revised Blue Beetle and co-created The Question, both generally rated as amongst his finer works.

Mending fences somewhat at Marvel in the 1980s, he continued working both there and at DC until 1998. One of his later assignments was a seemingly throwaway debut of a character who later became a success – Squirrel Girl. After retiring from the mainstream, he continued to produce his own self-published comics of political and social commentary, until shortly before his demise.

Notoriously reclusive, Ditko avoided publicity – he reputedly attended one comics convention in the early 1960s, and, not caring for the experience, never repeated it. Only a handful of photographs of him are known to exist, none dating later than circa 1965. He routinely declined interviews, preferring to let his work speak for itself without justification or explanation. 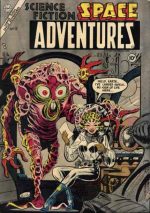 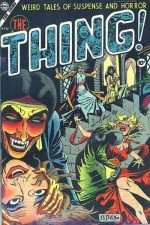 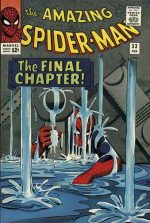